Happy to Be Here: Growing with the technology 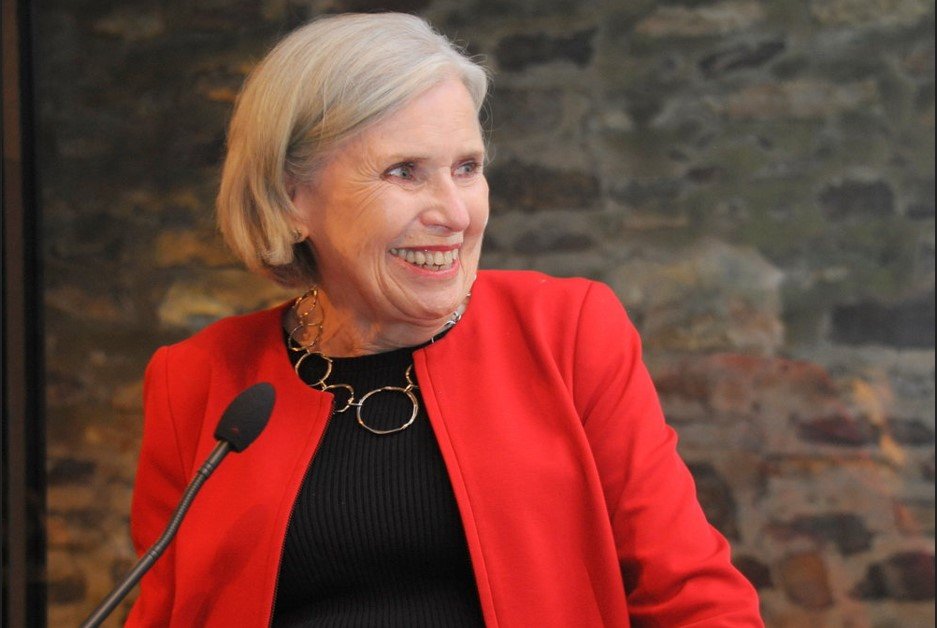 Supporters come out in force for the Herald 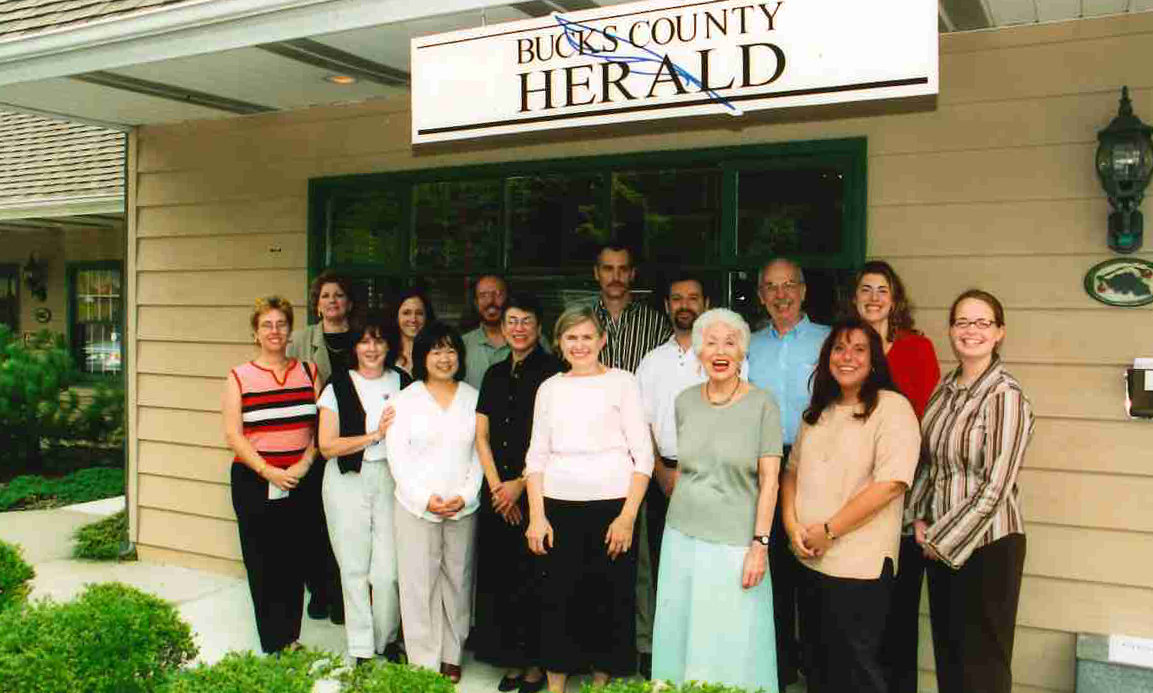 Happy to Be Here: Twenty years and counting 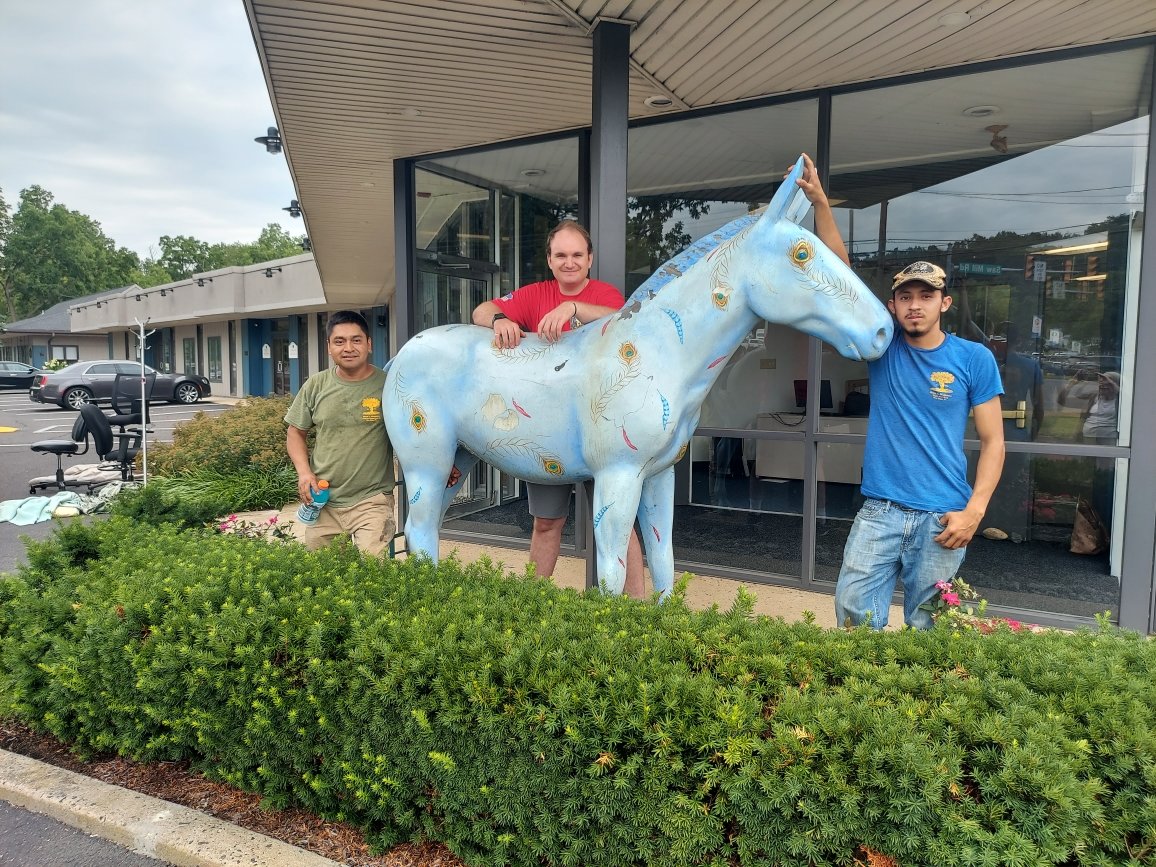 Happy to Be Here: A timeline, parallel to the Herald’s growth
By Bridget Wingert

This fall, as many readers have seen, the Herald’s 20th anniversary was the subject of a video named “Miracle in Bucks County.” It’s the story of the founding of this local news medium starting with its humble beginning.

The making of the video for the Bucks County Herald Foundation was a new experience for me but not for the filmmakers, Jennifer Lin, creative director, and Tom Brunt, director of photography. Together, they brought the story to life in words and living color. Both are local, living in the Doylestown area, but both have worked beyond Bucks County, in this country and abroad.

Jennifer is a member of the Bucks County Herald Foundation. A Chinese-American and a Philadelphia Inquirer reporter for 30 years, she was the New York financial correspondent, the Washington foreign affairs reporter, and Asia bureau chief, based in China.

She has written books, among them “Sole Sisters: Stories of Women Running,” “Shanghai Faithful: Betrayal and Forgiveness in a Chinese Christian Family,” and “Beethoven in Beijing,” an account of the Philadelphia Orchestra’s groundbreaking visit to China in 1973. Jennifer’s companion documentary contains footage of the visit and interviews with surviving members of the orchestra. “Beethoven in Beijing” was aired this year on PBS and screened across the United States and abroad. She is working on a new documentary about Asian-Americans.

Tom, who grew up in Doylestown got in on the ground floor of cable television as a student at Central Bucks West High School in the 1980s and at Bucks County Community College. He had a job with Suburban Community Television (Suburban Cable) in its infancy, all the while learning the necessary video technology as the field was growing. He worked for ESPN and USA Sports – won an Emmy for filming the U.S. Tennis Open and covered the 2018 Olympics Men’s Hockey event and the opening ceremony.

For years Tom has been working on the road, a few days home and many days away responding to the demand for coverage of national events. He’s upgraded equipment – fascinated with new technology – his latest acquisition is a 360-degree video camera he expects to use for commercial clients.

Tom still takes on travel assignments but prefers now to stay local and hone his creative instinct. He has a studio at Cross Keys, the busy intersection of Routes 313 and 611.

One of the ways he has helped to grow his local business, TebWeb, has been to volunteer for local organizations – Discover Doylestown, the Doylestown Historical Society, Mercer Museum, CB West football, the Doylestown at Dusk car show and others.

For Doylestown’s holiday tree lighting celebration, Tom followed Mrs. Claus and Santa to Santa’s House on Hamilton Street. “I’m busy recording with thousands of people in the crowd,” he said. “I start at one end of the street with a light and people make way.”

For the Herald video, as Jennifer asked questions that would take the story in the direction she designed, Tom recorded voices and images. They worked for many hours in many different places.

Tom forwarded thousands of images to Jennifer who marked her preferences as she listened to the dialogue and selected the words that told the story. Tom and Jennifer deftly worked together to cut and blend images and voices and produce the nine-minute video that made its debut in the Herald’s anniversary celebration at the Michener Art Museum on Oct. 26. The event generated enormous community support.

The film has done a superb job telling our story and gaining support for our mission of keeping local journalism alive in our community.

“Miracle in Bucks County” can be viewed on YouTube.

Happy to Be Here: No donations needed here

Happy to Be Here: Joyful music, every day

Happy to Be Here: Growing with the technology