Linda Salley, president and executive director of the African American Museum of Bucks County, poses in front of the sign where the museum will be at the Boone Farm in Middletown Township.
Posted Thursday, December 1, 2022 12:20 am

Bridget Wingert: Happy to Be Here 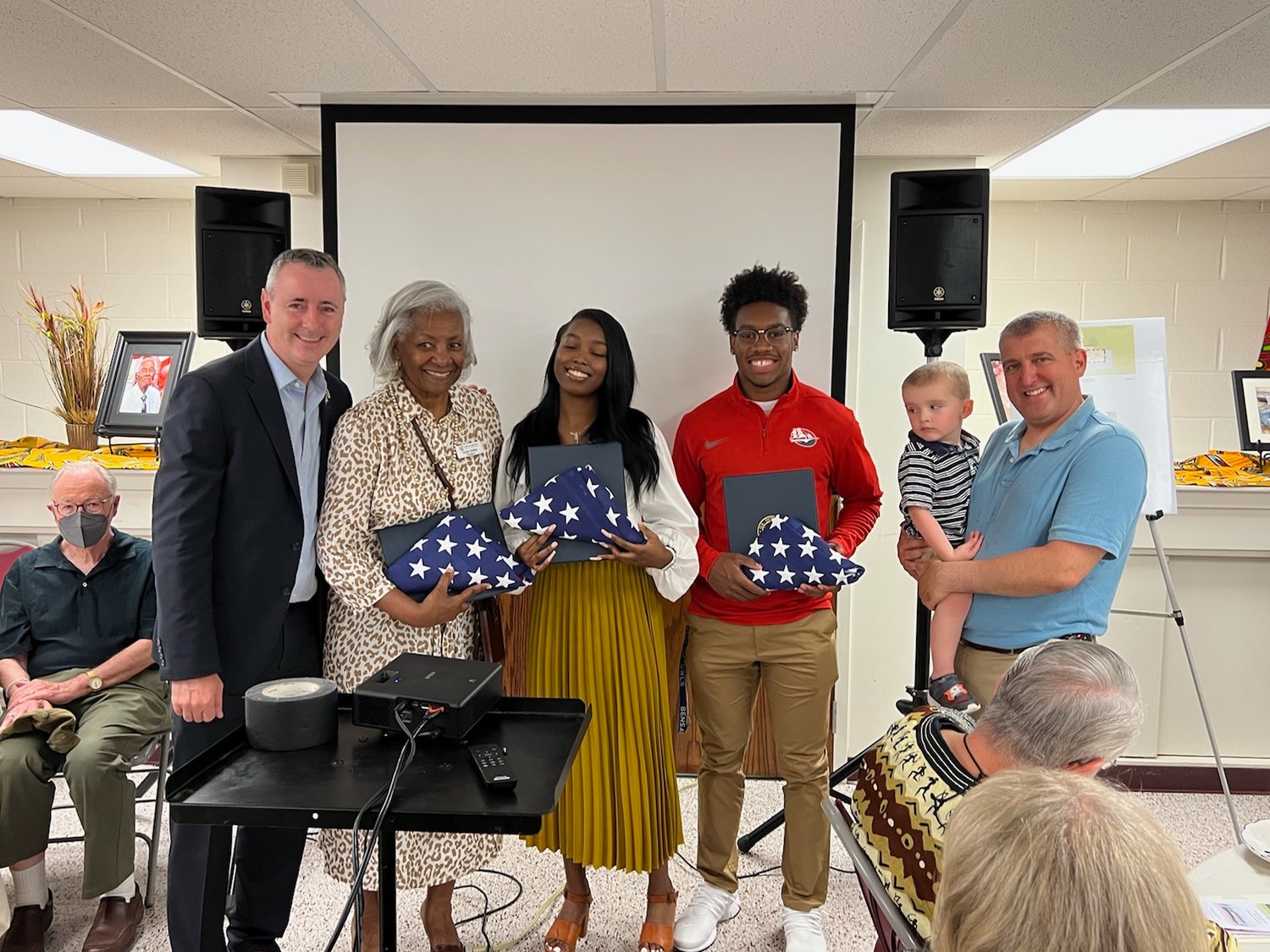 On Nov. 23, that vision moved one step closer to reality when the Bucks County Commissioners joined with museum board members to break ground on the museum’s future home at the Boone Farm in Middletown Township.

“I think it’s very important for Bucks County to have this. Bucks County has many wonderful and beautiful museums, but none hold the rich story of its African Americans,” said Linda Salley, in an interview. Salley is the AAMBC’s president and executive director.

The museum will include the history of the Lenape Nation in Bucks, the “safe haven” the county offered slaves with the Underground Railroad and more, as well as its own history of slavery, Salley said. The many diverse accomplishments of Bucks County’s African Americans will be highlighted. “The stories are so rich,” she added.

In order for the nation to grow and become better, Salley said, we must confront “America’s ugly, horrible history. If you’re educated you become a better person, you don’t want to repeat mistakes, but we have to educate our teachers and administrators, as well as students.
“This generation is not a generation of the past. We want to teach a history that is both ugly and beautiful. The message is ‘we’re here, we survived’.”
Throughout the museum’s own history, which began as a caravan of cars traveling to area schools in 2014 and later moved into a “mobile museum” in a van, the mission has always been to have a permanent home.


In 2020, county commissioners agreed to lease the Boone Farm site to the museum for $1 a year.
At the groundbreaking ceremony, commissioner chairman Bob Harvie said, “There have been many years of struggle to move this place from what it was to what it’s going to be … but within a short time we’re going to have a wonderful addition to our county.”
Commissioner Diane Ellis-Marseglia noted that “Bucks County is one of the oldest counties in the country, but when we look at our history we see very little of our African American community that has been with us from the very beginning as we grew, as we became an economic force. The only history most of us have seen is what artists have put in paintings. That’s why it is so important today because we lack that full and complete picture of our full history in this county.”
Salley said the nine-member museum board and the museum’s many supporters are “so grateful the commissioners heard our dream.”
However, the museum has a steep financial hill to climb. Costs to restore the two-story farmhouse are estimated at $3 million and, Salley said, another $5 million to $10 million will be needed to offer the programs and exhibits the museum board wants to bring to visitors, including an upstairs classroom and a video room to show a number of historic videos of African Americans’ involvement in Bucks.
The museum also has a number of paintings, including one of Rosa Parks standing at a bus stop and several quilts, made by Salley. “We’re open to receive artifacts,” she noted.
To learn more about the museum and how you can support it, visit https://infoaambc.org/.