Contact Us Where to Find Us Donate
Get our newsletters Donate Subscribe
Thursday
PARTLY CLOUDY  93° F
/stories/church-bells-are-ringing-again-at-new-hopes-oldestone-restaurant-former-marsha-brown,13721

A 24-ounce dry-aged cowboy ribeye is prominent among the steak choices at Oldestone.

Prawns are a popular item on the menu at Oldestone in New Hope, located in the former location for Marsha Brown.
Previous Next
Posted Thursday, December 2, 2021 12:00 am
Let's go 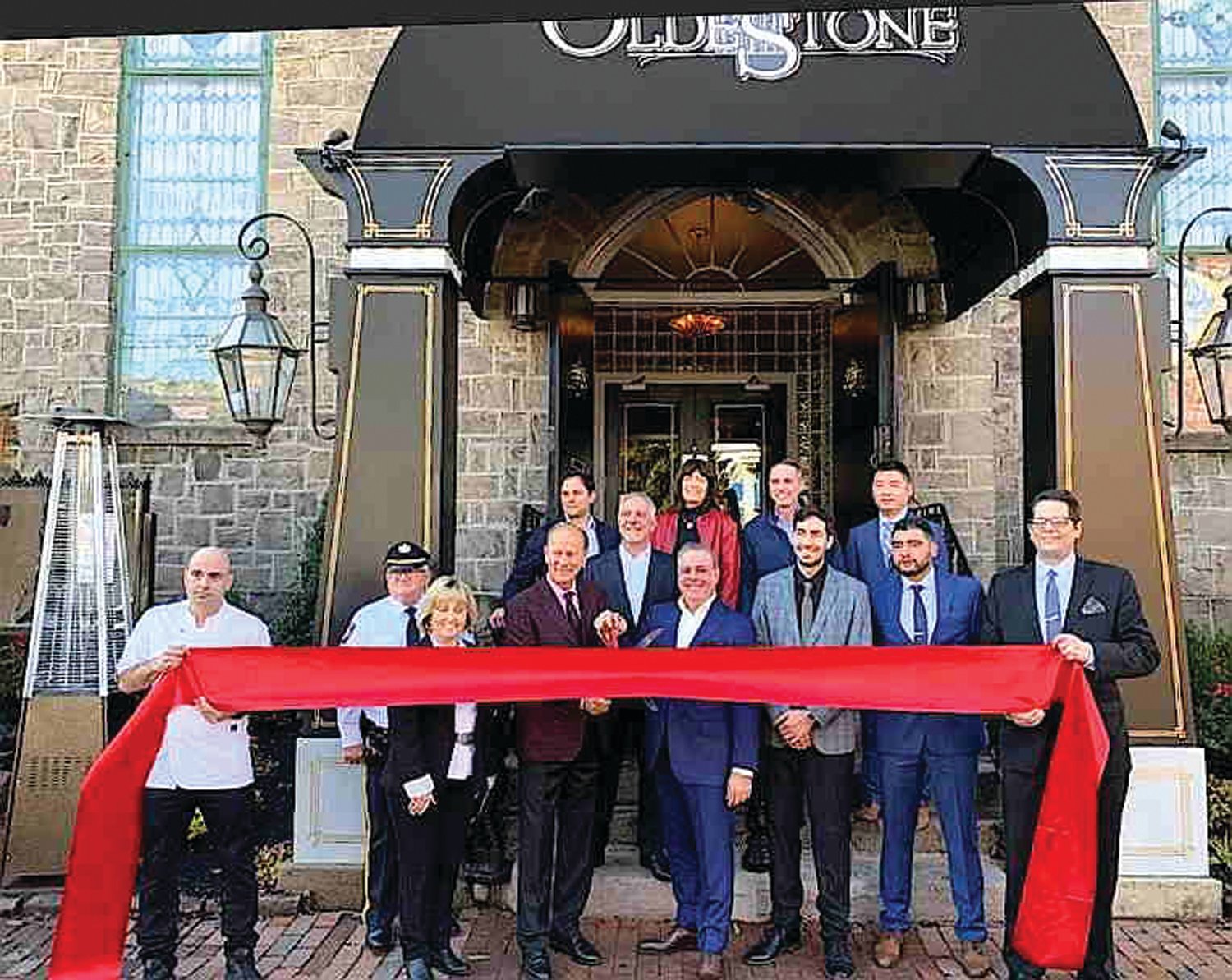 The church bells are ringing again at the former Marsha Brown in New Hope, which has reopened as the newly rechristened Oldestone restaurant.
Serving only dinner for now, the steak-and-seafood eatery debuted Nov. 12 to the delight of New Hope residents, who have missed the upscale venue since it was closed by founder Marsha Brown at the start of the pandemic.
Oldstone is owned by partners Wilfer Naranjo, Michael Sklar, Gaspar Ferrara and Vincent Ferrara, who all are well known in New Hope. Naranjo and Sklar partnered in opening the Greenhouse restaurant down the street, where the Ferrara brothers own the building.
The partners were thrilled at the chance to purchase and transform the building into Oldestone, Sklar said.
“It was a really good opportunity,” he said, adding that Naranjo had ties to the building and Brown, who was helpful with the sale and transition.
While Oldestone is primarily a steak-and-seafood house, woven into the menu are some of Brown’s signature Creole dishes that her customers had come to love.


“We want to honor her,” Sklar said, so they are offering her beloved Eggplant Ophelia and Creole-Style Jambalaya. Eventually her crab cheesecake will be added to the menu.
Longtime chef Seth Wheeler is at the helm in the kitchen, and among his many duties is producing the variety of steaks offered at Oldestone. In addition to bone-in and boneless filet mignon, diners can choose from a New York strip, porterhouse for two, or a bone-in cowboy rib-eye aged 45 days that weighs in at 24 ounces. Seared grouper and dayboat scallops lead the list of seafood choices.
Oldestone takes over after the former church’s 18 years as Marsha Brown. Built in 1892, the stone church was de-sanctified before it became Marsha Brown, and it features a main bar, lounge and private dining room on the first floor, a grand dining room on the second level, and a third level in the former balcony overlooking the dining room that is now a speakeasy, bar and lounge with a stage for live music.
Design elements include an authentic jazz age bar on the third floor, a speakeasy stage with vintage style microphone, chandeliers seen in the Keanu Reeves movie (and poster) for John Wick 3, church stained glass windows, original church pews, a church pulpit, a 30-foot-tall mural called “Redemption,” working church bells, crystal chandelier, original brick work, and much more. The church tower bells ring every 15 minutes and on the hour, and after Thanksgiving are playing Christmas music.
Oldestone offers valet parking seven days a week. Starting services include dinner, bar, late night, happy hour and live music.

Recipe of the Week: Tomato tasting at Wrightstown Farmers Market