Read the Herald
Get our headlines in your inbox
Sign me up!
2022 in Review: Part Three of Four

People gather before a Central Bucks School District meeting to protest a library policy they describe as nothing less than a book ban. The policy, which would put the power to remove books from the school library shelves in the hands of “superintendent’s appointees” was approved in a 6-3 vote.
FREDA R. SAVANA

Cyclists race through the streets of Doylestown on a soggy, Sept. 11, during the 18th edition of the Bucks County Classic. Held in conjunction with the Doylestown Arts Festival, the cycling event featured multiple race fields for USA Cycling licensed racers.
TOM SHEWBROOKS

Melisa Baranek, crossing guard, stops cars with a smile at Guth Elementary School in the Pennridge School District on opening day for in-person classes in the 2022-23 school year.
DEBBY HIGH
Previous Next
Posted Saturday, January 7, 2023 12:00 am 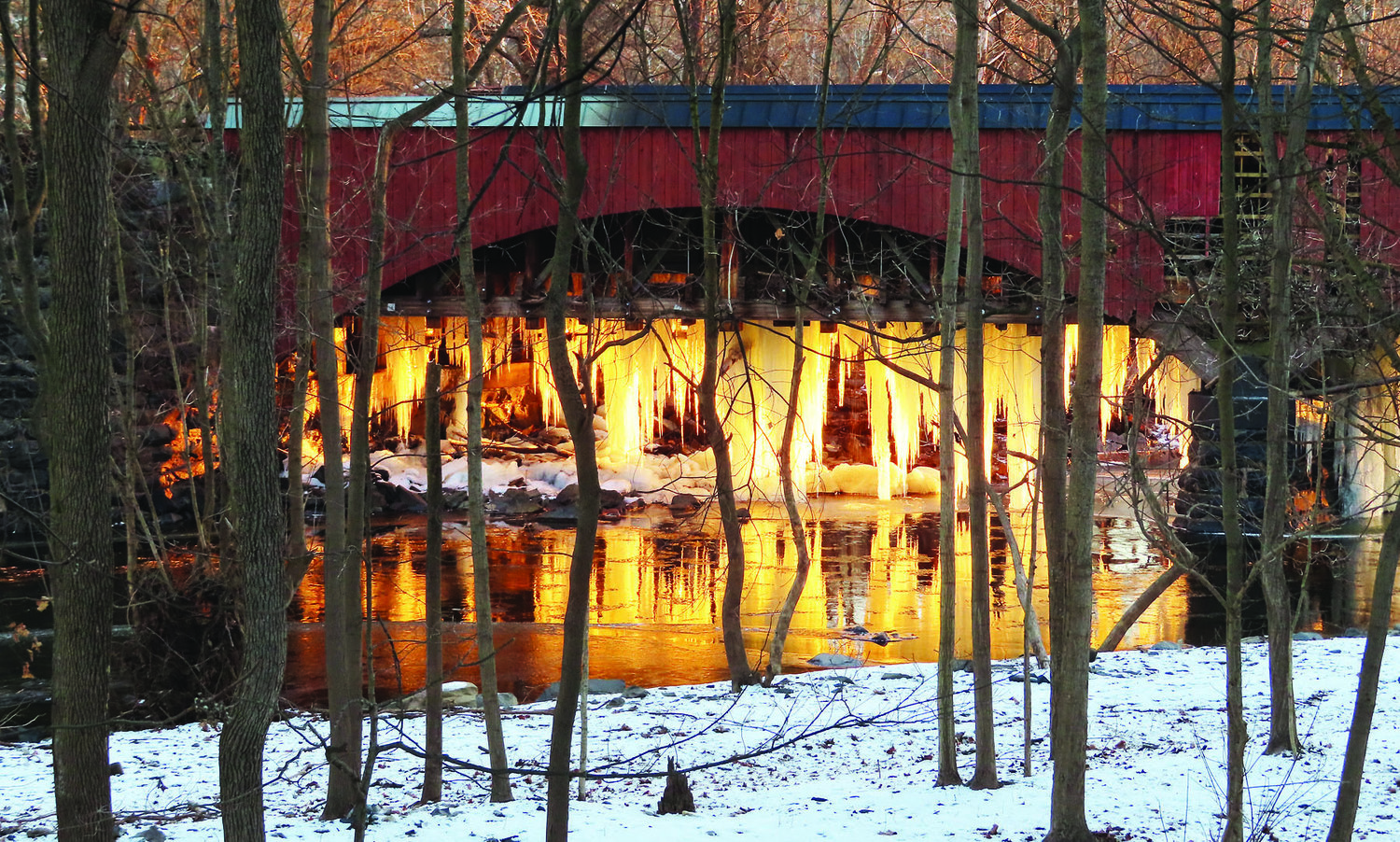 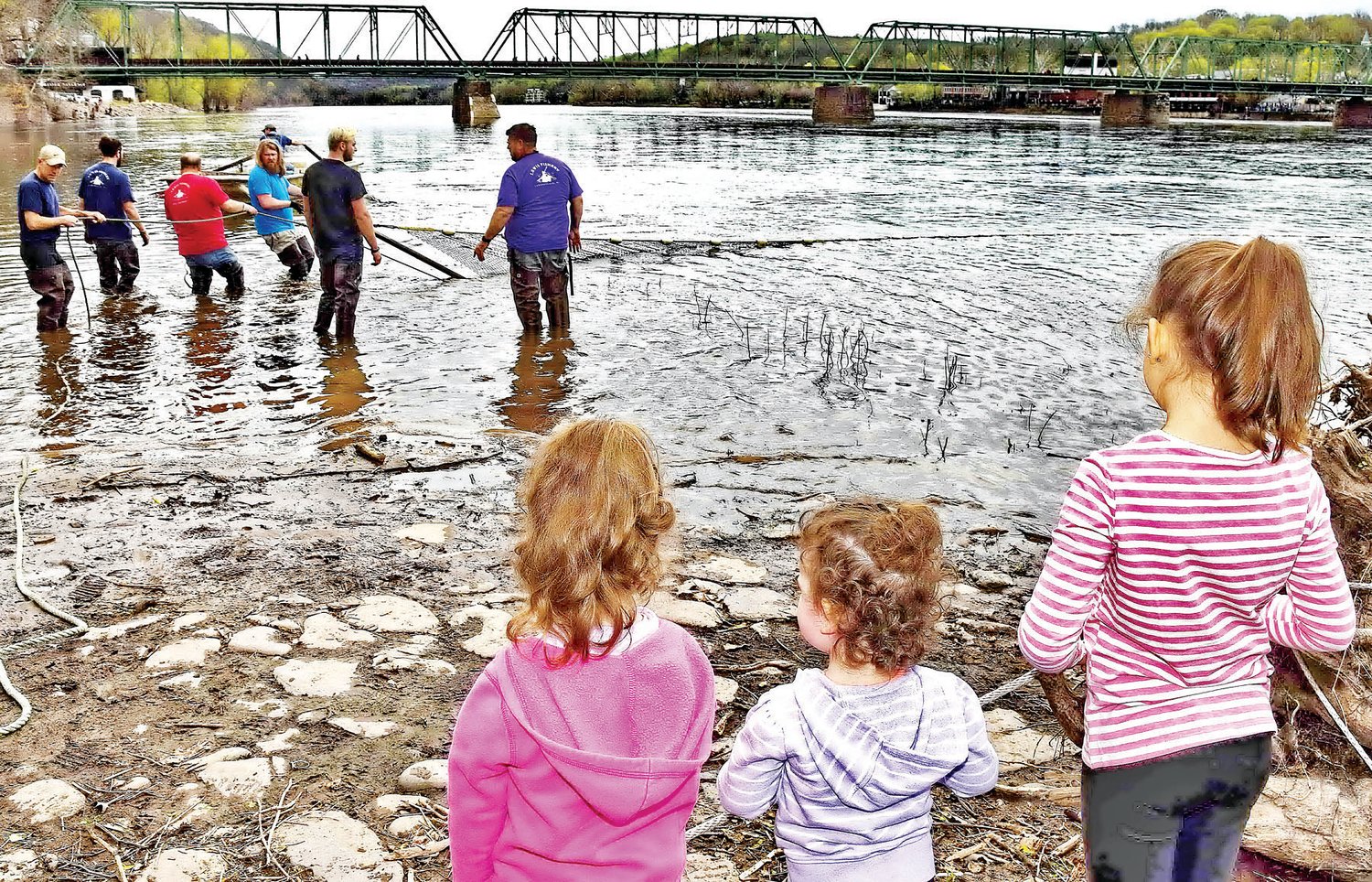 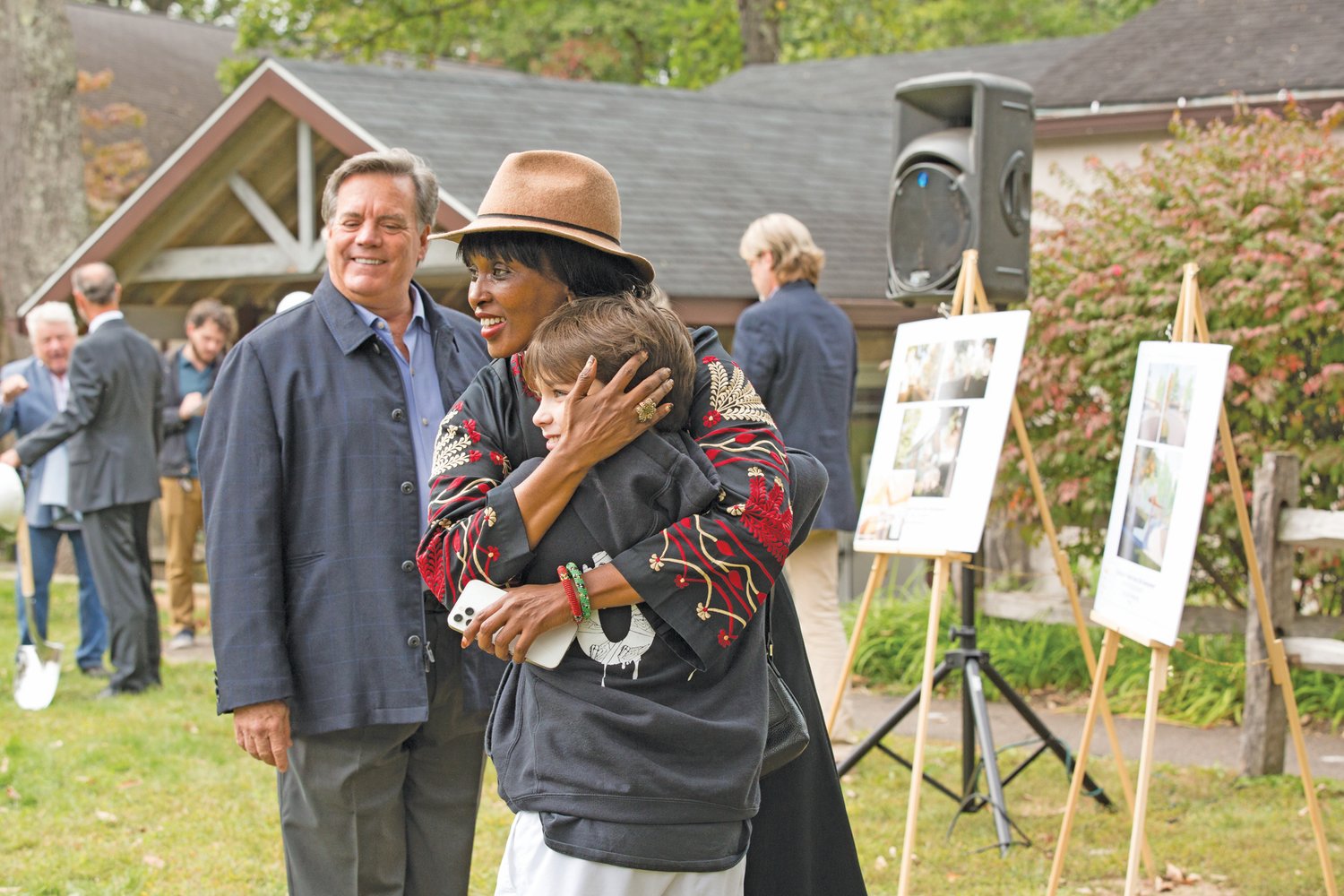 Doylestown mourned the passing of former mayor Libby White while the Stockton Inn got a new lease on life. Public outcry prompted the Bucks County Water and Sewer Authority to dump its plan to sell the county’s public sewer system.

Those are just a few of the big stories from July, August and September of 2022.

*Doylestown mourns the death of Libby White, the borough’s first female mayor. She was 87.

*The Stockton Inn, built in the 1830s, is sold to new owners after remaining vacant since 2017.

*Lower Makefield Township supervisors approve advertising for bids on a $130,000 expansion project that will provide additional space for township police.

*A 50-year-old inmate dies at the Bucks County Correctional Facility, the fourth death in a year at the facility and the second for the month. Three of those deaths were suicides and one inmate died of natural causes, according to officials.

*Plans to renovate Carversville Inn, located on Fleecydale Road, receive unanimous approval. Renovation plans include a first floor 65-seat restaurant, no more than eight inn rooms on the second and third floors, and a 626-square-foot addition.

*The proposed sale of the Bucks County Water and Sewer Authority to Aqua Pennsylvania sparks outcry from several communities. If approved, the $1.1 billion sale would be the largest privatization of a public wastewater system in the country.

*A Doylestown woman and former gym owner is sentenced to one year in prison for storming into the U.S. Capitol Building on Jan. 6, 2021. The woman, Dawn Bancroft, pleaded guilty to the unlawful protest misdemeanor, last September.

*The Chem Fab Superfund site in Doylestown Borough receives half a million dollars from the Bipartisan Infrastructure Bill to help with construction of a state-of-the-art groundwater extraction and treatment system. 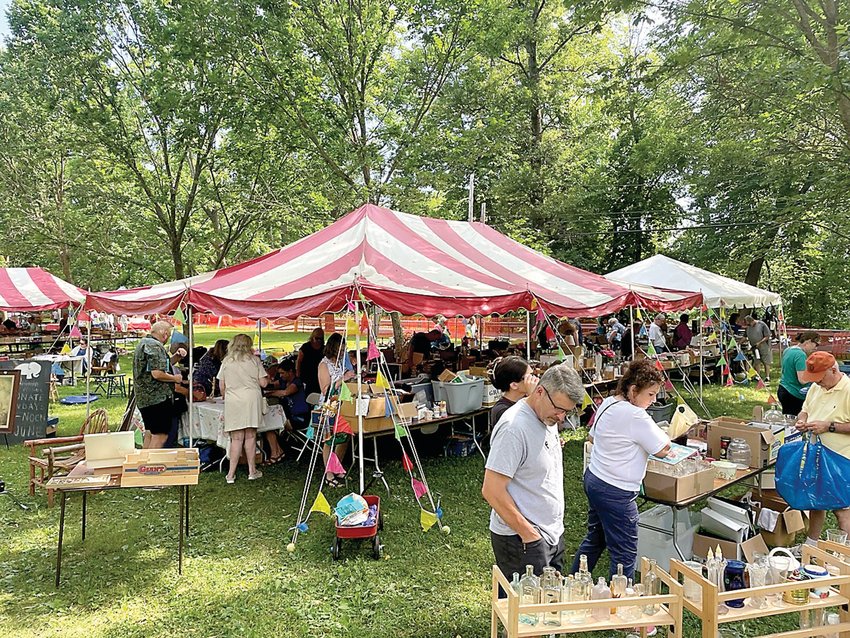 *In an effort to improve its community image and repair strained public relations, the Central Bucks School Board hires PR firm Devine + Partners. The move is expected to cost the district approximately $15,000 a month, or $180,000 a year, plus any out-of-pocket costs that will be build separately.

*Buckingham Township grants approval for a multi-million dollar expansion project at Buckingham Friends School, a private K-8 Quaker school in Lahaska. The plans include replacing the existing gym, a new science center and renovation of the main building.

*Wrightstown Township supervisors pass a new ordinance that establishes penalties if amplified sound crosses a property line and creates a disturbance for neighbors.

*Firefighters of the newly consolidated Palisades Regional Fire Rescue Service travel over 10 hours to flood-ravaged Knott County in Appalachia to deliver equipment to the crews of firehouses that had either been washed away or damaged in a July storm that drowned parts of eastern Kentucky.

*Visit Bucks County launches a mobile Visitor Center while announcing plans to close its brick and mortar site in 2023.

*Solebury Township supervisors vote to create a Human Relations Commission that would deal with discrimination complaints.

*The Quakertown Community School Board enters into an agreement with BusPatrol, which is equipping Levi school buses with stop-arm enforcement cameras to deter drivers from illegally passing stopped school buses.

*During a preliminary hearing, attorneys for Anna Maria Tolomello, the co-owner of Pina’s Pizza in Chalfont, tell a judge that she killed her longtime partner, Giovanni Gallini, in self-defense. Tolomello is being held without bail in the Bucks County jail.

*A petition to reduce the size of the Yardley Borough Council from seven to five members gathers the necessary 181 signatures – or 5% of registered voters – to be the subject of an upcoming county court hearing. A referendum to reduce the number of council members is later voted down in the 2022 Election.

*Newtown Township supervisors approve the addition of one restaurant, Blue Point Grille, and the expansion of another, Piccolo Trattoria. 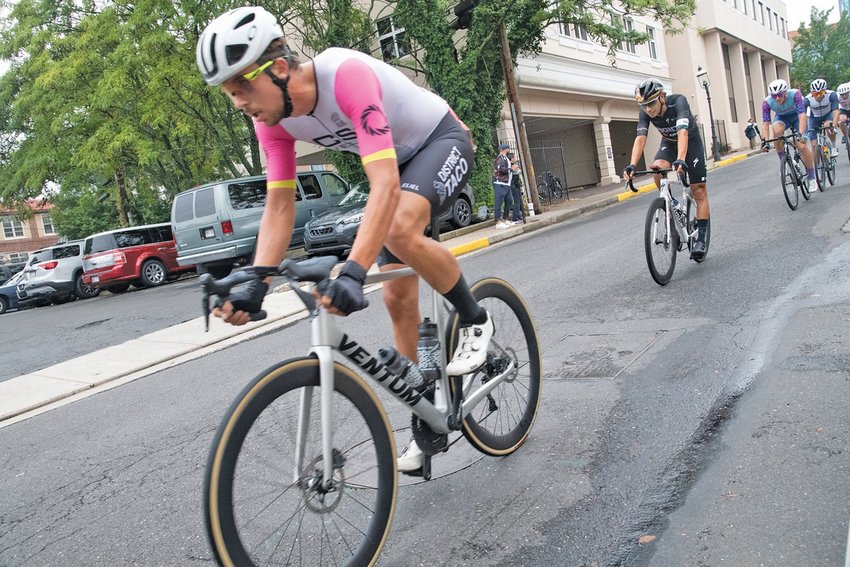 Photography by Tom Shewbrooks: Cyclists race through the streets of Doylestown on a soggy, Sept. 11, during the 18th edition of the Bucks County Classic. Held in conjunction with the Doylestown Arts Festival, the cycling event featured multiple race fields for USA Cycling licensed racers.

*URBN breaks grown on Terrain, an upscale home and garden store, nursery and event space, located at the former home of the Market at DelVal in Doylestown. In addition to bringing a garden and home decorating center and garden café to Doylestown, Terrain will sell produce, plants and farm goods from the university at its retail store and include those items in its restaurant and catering menus.

*The Bucks County Republican Executive Committee votes to remove Dawn Bancroft from her role as Republican Committeewoman in Doylestown Borough 2-2 for her Jan. 6, 2021 actions.

*Fonthill, the home of Henry Mercer in Doylestown Township, receives a $200,000 state grant to help develop a master plan for the historic site.

*Lambertville’s mayor and council approve a resolution supporting the application for a cannabis retail store on Church Street.

*Following an impassioned plea from a local astronomer, Nockamixon officials promise help with alleviating light pollution from a recently completed commercial project that interferes with his local stargazing sessions.

*The Lower Makefield Township Board of Supervisors approved a total of $1.2 million in recreation and infrastructure projects encompassing phase one of drainage improvements in the Maplevale section, a 3,400-foot extension of the Woodside Road bike path, and reconstruction of four tennis courts on Schuyler Drive.