Contact Us Where to Find Us Donate
Get our newsletters Donate Subscribe
Monday
PARTLY CLOUDY  93° F
/stories/pivots-of-american-history-part-two,15829

Read the Herald
Get our headlines in your inbox
Sign me up!
Another Voice

With the conclusion of the war and the Treaty of Paris (above) came the difficult and challenging task to form the new nation’s Constitution and draw an acceptable compromise among the competing sectors of interest. Jonathan Rumford, a merchant, criticized those who had profited from the Revolutionary War.
Posted Thursday, March 17, 2022 12:20 am 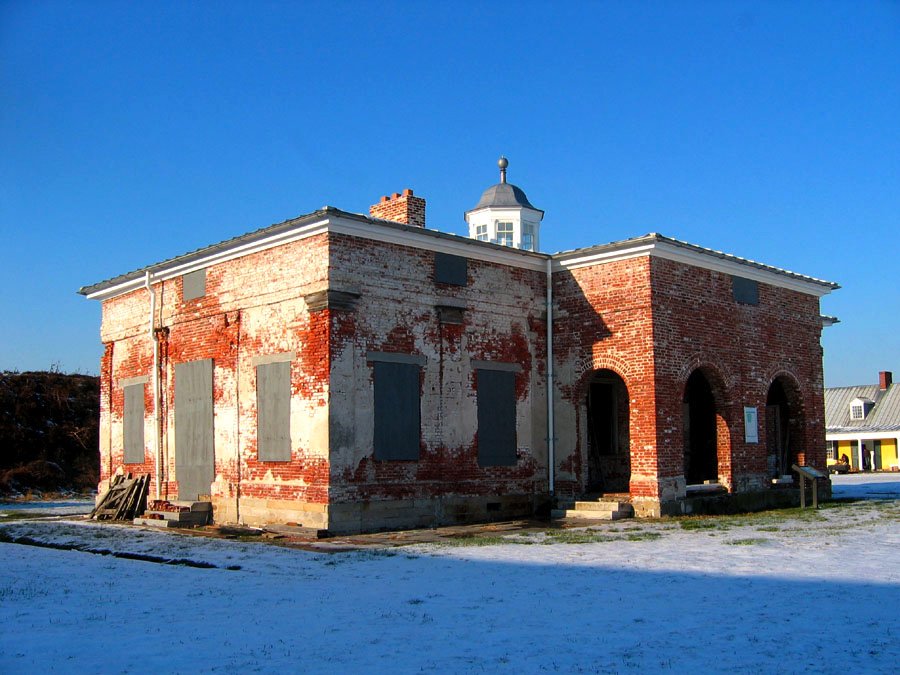 Pivots of American History: Part One
By Russell Howard Satterthwait

Following is an excerpt from a memoir in progress. It relates the involvement of family members and others at the time of the American Revolution and continuing struggles as America took shape. Part one was printed March 3.

On Nov. 16, 1777, a combined force of British soldiers and sailors from the ship Vigilant discovered 50 American dead at Fort Mifflin.
Jonathan Rumford Jr. was a respected shipping merchant long before the Revolution, a man of enterprise whose business undertakings built many ships and houses. His large mansion at Front and Thorn streets in Wilmington, Del., was parallel to his wharf above the drawbridge on the Christiana River.
Often in letters to Washington the generals advise him of the sufferings of the troops, particularly the want of provisions. In a letter from Gen.Smallwood, the inattention of one Mr. Huggins who was to have supplied him is condemned for mistrust. In the very next sentence Gen. Smallwood informs Washington that “here is one Capt. Rumford, an active obliging man, who has acted in that line before, who I believe would supply well if he was appointed to act and supplied with cash.”
With the conclusion of the war and the Treaty of Paris came the difficult and challenging task to form the new nation’s Constitution and draw an acceptable compromise among the competing sectors of interest.
Though significant as the Revolution was, writers occasionally overlook the more human aspects of the nation’s founding. Jonathan Rumford Jr. did not.
There are three letters written to Benjamin Franklin by Jonathan.
Jonathan’s first letter concerns the strains and difficulties that allegiances present. Having an acquaintance with William Franklin he appears a bit militant in tone for joining the rebellion which he asserts he did as a matter of principle. As governor of New Jersey both before and during the conflict Franklin’s son William was a Loyalist.
Franklin told his son that he respected his decision and it would never sever the love he had for him.
Jonathan’s second letter, lengthy and polemical, was written in a posture of ire and resentmentincipient legislative injustice.
He targets swindlers and wrongful speculation among the nation’s initial representatives, specifically the Congressional Resolution of June 28, 1780. The Federal Constitution was adopted in the year this letter was written, 1787. This Resolution concerned the war debt. Loans made prior to 1777 would be discharged by paying the full current value of the certificates when issued in Spanish milled dollars.


But for the years 1778 through 1780 a progressive table of depreciation was instituted where 4, 10, 18 and 40 certificates respectfully would be required for one Spanish milled dollar. Jonathan railed at the breaking of contracts heretofore sanctioned by faith and law, many individuals reduced in means, stating that their money was as good to them as that loaned before 1777. The speculators targeted the certificates issued before Sept. 1, 1777.
More pointedly, Jonathan targets men “who laid in obscurity for different motives during the war,” now being entitled to five times the interest of their money. Jonathan is referring to the unsavory practice of buying certificates bought by patriots of every level of society to finance the Revolution, knowing by way of their political astuteness that these certificates having depreciated in market value due to the uncertainty of the war’s outcome, would be redeemed at face value plus interest upon the new Constitution’s assumption of the national debt.
An early example of insider trading so-to-speak, agents were hired to canvass the country buying certificates dirt cheap from unknowing patriots, though “bought at the risk and price of blood” as Jonathan asserts. A significant number of representatives and senators were deep into this fraud as well as prominent families.
The third letter concerned treaty obligations. Also, Jonathan states that he saw Franklin in France “exerting your great abilities in favor of your native country and mine.” He evidently observed the proceedings conducted in the Hotel de Ville, the city hall of Paris. The treaty was signed in 1783.
As one historical chronicle put it, “long term deprivations caused by the war and uncertainty about the future caused people on both sides of the political debate to lash out in rage.” Despite my great-grandfather’s respected character and position, his military service and assertive attempt to look out for the interests of patriots of all ranks, the next account comes from the “History of Delaware.”
The history notes of Jonathan Rumford, “some overenthusiastic persons, without any definite cause, entered his dwelling and abused him in the most brutal manner. They fractured his skull with a blacksmith’s hammer and spread firebrands throughout his house. Hugh Montgomery, the sea captain, and militia Captains Kean and Stidham came to his rescue at this instant and saved the house from destruction. Rumford partially recovered from his wounds, but his faculties were impaired; his business did not prosper afterwards.
“In 1792, soon after his decease, his mansion and wharf were sold to pay his debts. Dr. Nicholas E. McComb bought the property and generously presented part of the amount to Mrs. Rumford.”
In her book, “Reminiscenses of Wilmington,” which was published in the 19th century, Elizabeth Montgomery, daughter of Captain Hugh Montgomery, relates how her father, who entered the house with militiamen Kean and Stidham, receiving burns and charred clothing in the effort, found Mrs. Rumford traumatized while holding her infant daughter Sarah, ill with smallpox. Capt. Montgomery advised her to pass the child over a neighbor’s fence for safekeeping, the neighbor, one miss Peggy Allison taking charge of the child. But with the illness and exposure my great-aunt died in infancy.
As one chronicler put it, “Rumford went from being a very rich man to dying poor and his persecutors were branded as cowards, and their ruin soon ensued.”
Jonathan Rumford Jr. was buried in the cemetery of the Old Swedes Church in Wilmington where he had married Sarah 21 years earlier. There are rumors still that the graveyard is haunted. Jonathan’s name, among others, is inscribed upon a plaque placed in the cemetery by the Sons of the American Revolution. Sarah died in Wilmington in 1820 survived by five sons.
Hawkshead79@gmail.com