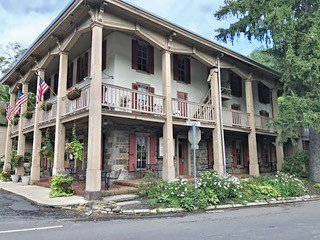 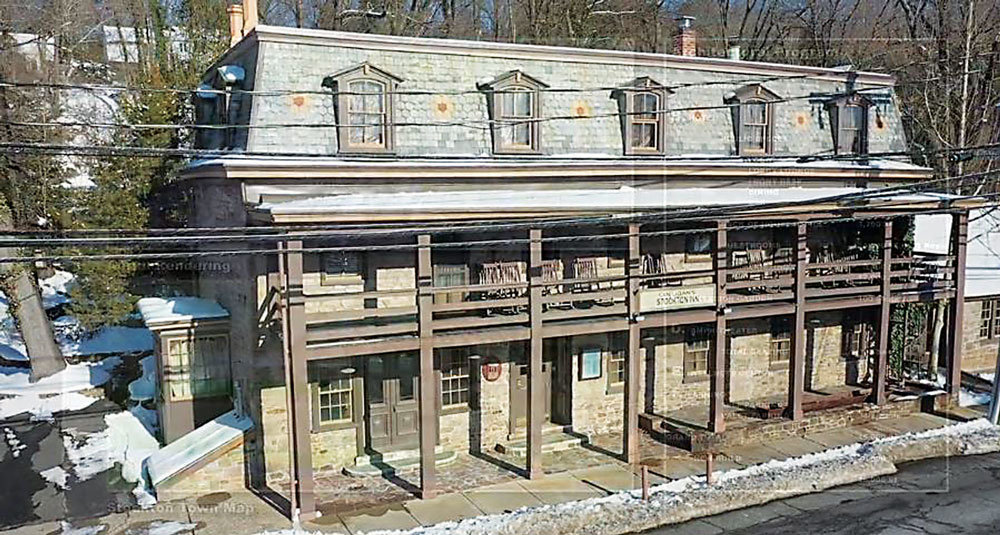 Stockton Inn has been sold — again
By Birgitta Wolfe

Plans to renovate the long-vacant Carversville Inn received unanimous preliminary and final land development approval from the Solebury Township Board of Supervisors on Tuesday.

Milan Lint of Sawmill Road, who owns the property along with Mitchell Berlin, said after the meeting that he hopes to have the inn up and running by Valentines Day 2024.

Some final items are still needed, including Historical Architectural Review Board (HARB) approval, and building permit approvals. Plans for the inn’s restoration have been before various township committees for more than two and a half years.

“Carversville is a pretty tight-knit place,” said board Chair Mark Baum Baicker, “and the loss of both the inn and the General Store during the pandemic has been a real body blow to the community. But it’s also a very resilient place... The loss of the inn has been felt by many from well beyond Carversville.

“So, it is my hope tonight is the beginning of a new era in Carversville and that we can get our town square back to being the gem it always was.”

Renovation plans for the country inn at 6205 Fleecydale Road include a first floor 65-seat restaurant and no more than eight inn rooms on the second and third floors, along with a 626-square-foot addition.

“...I view the current version of the Carversville Inn application very positively,” said Supervisor Kevin Morrissey. “...Although the hope is that this application could have been processed much sooner, the pandemic and factors associated with this application required a bit of time to complete. ...I believe this project will be a significant contribution to the community.”

While there was some community doubt about the project in the beginning, Lint said, “we spent a lot of time with the community and people have gotten to know us.”

Without the inn’s restoration the town would be “looking worse and worse” and “become sadder and sadder,” he said, adding he was very appreciative of the help received from the supervisors.

On the board’s approval, Chair Baum Baicker said, “The township has worked very hard along with Milan, Mitch, their attorneys, and their advisors to get to this point.

“And for that I want to thank people like Dennis Carney, our just-retired township manager; Zach Zubris, our zoning officer; our engineer Curt Jenner, solicitor Mark Freed, and our committees – primarily the Planning Commission and also HARB.”

According to the Solebury Historical Society, the Carversville Inn was built in 1813. Originally called the Bird-in-Hand, it was built in the Federal style, with two floors and a gabled roof. A third floor and porch were added in 1859. Over the years it has served as a hotel, general store, ice cream parlor and gas station.