Contact Us Where to Find Us Donate
Get our newsletters Donate Subscribe
Monday
PARTLY CLOUDY  93° F
/stories/crossing-bridge-part-3-three-100th-anniversary-of-public-ownership-repairs,18826

Read the Herald
Get our headlines in your inbox
Sign me up!
Part Three 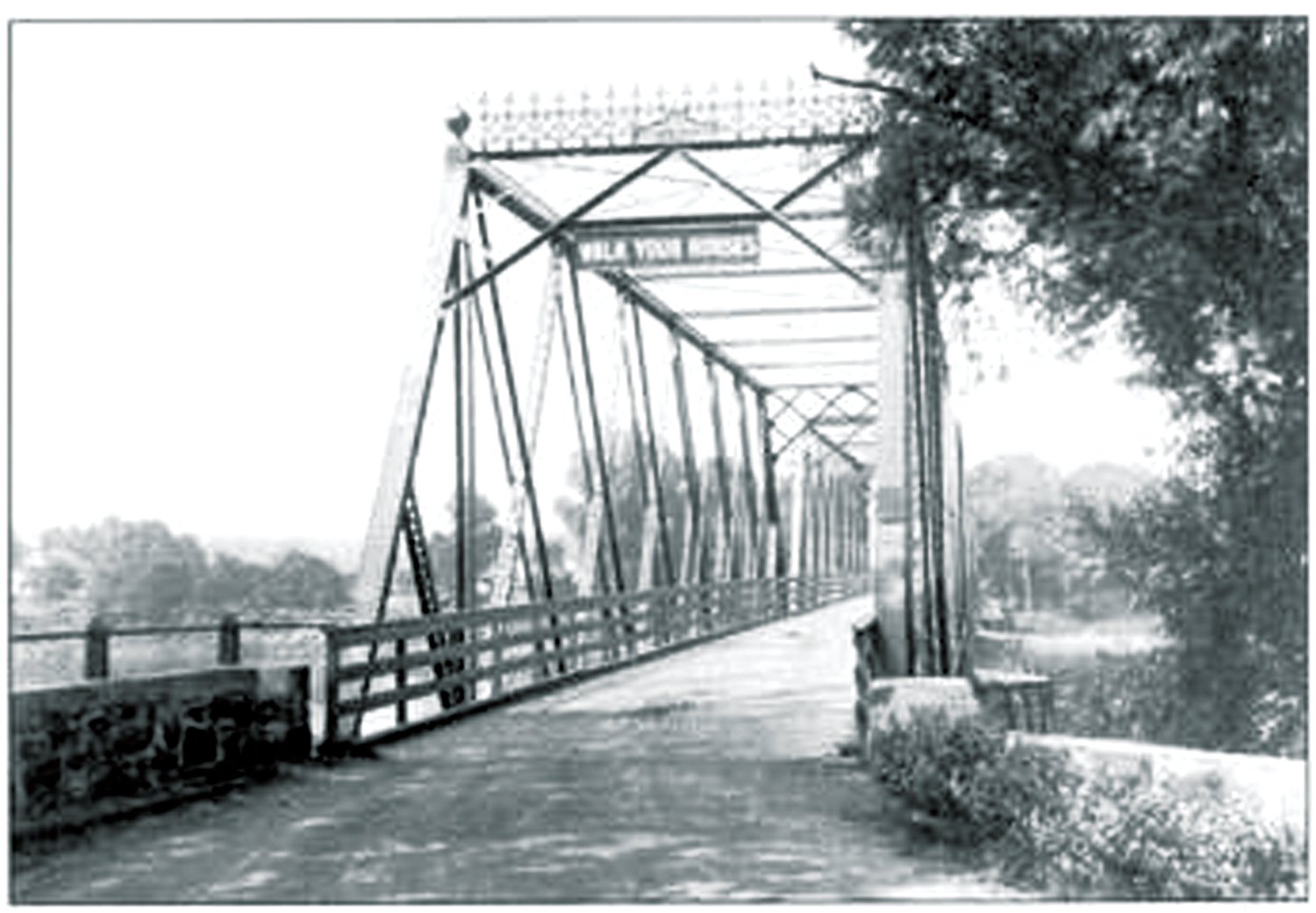 New Jersey and Pennsylvania continued their joint ownership of the bridge until July 1, 1987.  On that date, the bridge’s deeds were assigned outright to the Bridge Commission and the states ceased providing equal annual tax subsidies for the bridge’s operation and maintenance.

Under changes the two states and Congress made to the Bridge Commission’s Compact in 1987, the Commission now uses a share of revenues collected at its toll bridges to run the Washington Crossing Bridge and 11 other former privately owned bridge crossings the states purchased in the early 20th century.

This systemwide funding structure that the states and Congress prescribed in 1987 is the reason why the Bridge Commission refers to the Washington Crossing Bridge as a “toll-supported” structure.

The bridge’s now-117-year-old steel-truss superstructure and 187-year-old substructures have undergone rehabilitations, repairs and improvements over the decades of public ownership.

A pedestrian walkway was added on the bridge’s downstream side in 1926. The bridge’s New Jersey approach was redesigned in 1947. In 1951, the bridge’s wood roadway flooring was removed and replaced with a steel open-grate driving surface.  This change actually enabled the bridge’s roadway width to be increased to 15 feet.

The Delaware River’s record-setting flood of August 19, 1955 did considerable damage to the bridge. Floating debris in the form of whole trees, steel barrels and even houses smashed again the bridge. All six spans sustained damage. More than half of the bridge’s bottom steel chords were bent, torn, or twisted beyond points of being straightened. The bridge had to be shut down and was not reopened until necessary repairs were completed on November 17, 1955. The cost of repairs was covered by the U.S. Army Corps of Engineers.

After the flood, the Bridge Commission took note of the antiquated and traffic-challenged conditions of the limited-capacity late 19th century and early 20th bridges within its river jurisdiction. This included the Washington Crossing Bridge.  “A new bridge, designed and built to unify historical sites on both shores of the river confronts the Commission,” was among the passages in the agency’s 1955 annual report to the two states. In 1969, it was reported that the Commission was working with New Jersey and Pennsylvania transportation officials on a study to replace some of the aging bridges along the river, including Washington Crossing. The examination did not result in any actual bridge replacements, however.

The bridge underwent an extensive rehabilitation in 1994 that involved replacement of corroded steel members, installation of new wood sidewalk planks, and paving of the approaches. The truss was blast cleaned, metalized and painted under that project, too. A more recent series of repairs and modifications were made to the bridge in a 2010 improvement project necessitating an uninterrupted 46-day shutdown.

The 877-foot-long bridge is the Commission’s narrowest vehicular crossing with a 15-foot width between wheel guards. The resulting 7.5-foot lane width is 4.5 feet less than the standard 12-foot-wide interstate highway lane. The bridge’s height limit is 10 feet. The bridge’s two highest traffic years were 2013 and 2016, when a daily average of 7,500 vehicles crossed. A daily average of 6,400 vehicles crossed the bridge in 2021.

Due to age, traffic usage, and other wear and tear, the bridge’s load rating has been reduced to the current 3-ton limit. A bridge monitor is posted on the bridge’s New Jersey side to thwart crossings of oversized vehicles. In 2021, 1,865 vehicle turnarounds took place at the bridge and State Police issued 17 summonses and 10 warnings to violators. The bridge is the only commission crossing that is outfitted with traffic signals at each end to control crossings of oversized vehicles.

The bridge’s superstructure was determined to be “fair” when the structure was last inspected in 2020.  The bridge is scheduled to be re-inspected this year.

This three-part report was submitted to the Herald by the Delaware River Joint Toll Bridge Commission.

Stop the sale of a New Jersey historic work of art

Bucks County became home to one of Darby’s Rangers