Bucks to play for district title

CB West's Jack Williams scores in the second quarter on an interception, putting West up 7-0.
Michael A. Apice

CB West’s Ganz Cooper gets hit from behind by Perkiomen Valley’s Robbie Sturges and loses the ball. West would recover the ball.
Michael A. Apice

With a little over two minutes left in the game and West punting, Perkiomen Valley’s Anthony Miceli fumbles on a hit by Cooper Taylor. The ball was recovered by Jackson Estes all but sealing the win.
Michael A. Apice

Perkiomen Valley’s Ryan Klimek has trouble looking for running room as he tries to turn the corner in the first quarter.
Michael A. Apice

CB West’s Eli Boehm stiff arms Perkiomen Valley’s Robbie Sturges for a first down during the game-winning drive in the third quarter.
Michael A. Apice
Previous Next
Posted Tuesday, November 22, 2022 12:10 am 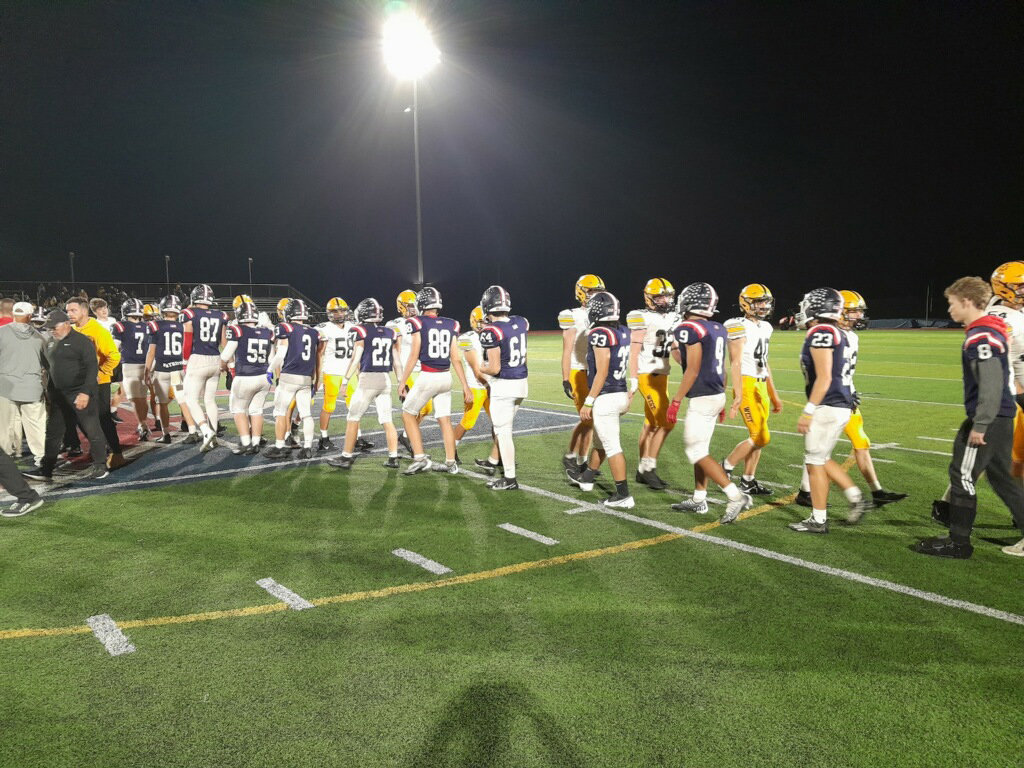 Crazy Knight: No. 11 CB West to host second round Friday
By Don Leypoldt

On Friday night at No. 2 Perkiomen Valley, for the sixth time in the last nine weeks, No. 11 CB West held an opponent to 14 or fewer points.

And the stellar defense earned the Bucks (9-4) a berth in Friday’s District One title game at No. 1 Garnet Valley. West outslugged Perk Valley 14-13 in a semifinal defensive heavyweight fight.

West struck first in the second quarter with Jack Williams’ pick six. The Vikings exploited short fields and took a 13-7 lead into halftime.

But details matter this deep in playoffs, and a Perk Valley muffed PAT may have cost the Vikings the game. Ganz Cooper sneaked into the end zone with 2:41 left in the third to give West a 14-13 lead. West punted late in the fourth quarter, but Perk Valley fumbled it and West recovered, which let the Bucks salt the game away.

The district final is a rematch of Opening Night. Garnet Valley beat West 14-7, but in football terms, a late August game was ages ago.

West beat North Penn 44-35 the prior week behind Eli Boehm’s 324 rushing yards. One week after winning a shootout, the Bucks proved they could also win a defensive duel.

On the Run: Volunteering at races a great way to pay it forward